Beautiful film from 1935, text & narration by Isaac Babel (in Russian)

Babel was a great writer, a literary artist. His stories are masterworks and Lament is full of their influence. 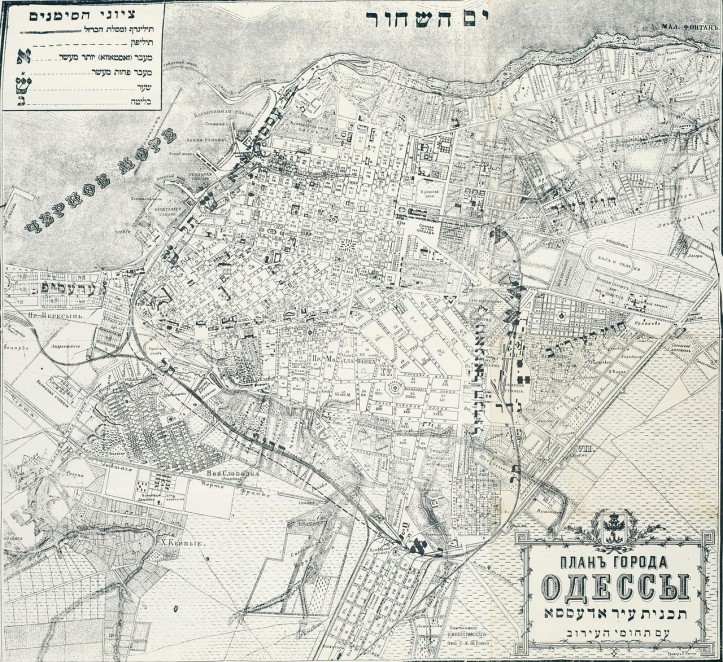 He was born in Odessa in 1894, the year this map was made. He died not long after Lament begins and doesn’t appear in the novel. From his daughter Nathalie Babel’s Foreword to his Collected Works (WW Norton 2002):

As we now know, his trial took place on January 26, 1940, in one of Lavrenti Beria’s private chambers. It lasted about twenty minutes. The sentence had been prepared in advance and without ambiguity: death by firing squad, to be carried out immediately. Babel had been accused and convicted of “active participation in an anti-Soviet Trotskyite organization” and of “being a member of a terrorist conspiracy, as well as spying for the French and Austrian governments.”

Babel’s last recorded words in the proceedings were, “I am innocent. I have never been a spy. I never allowed any action against the Soviet Union. I accused myself falsely. I was forced to make false accusations against myself and others…I am asking for only one thing–let me finish my work.” He was shot the next day and his body was thrown into a communal grave. All of this horrific information was revealed in the early 1990s, a relatively short time ago.