Song of Youth–in Russian, Молодёжная; the film, from 1937, is Волга-Волга–Volga-Volga–and it stars a favorite actress in LAMENT, the great Lyubov Orlova. Always said to be Stalin’s favorite film, it played and played for years after its release as the Soviet film industry was all but wiped out in his purges.

For Part 2, I took a crack at translating the lyrics by Vasily Lebedev-Kumach. Isaac Dunaevsky composed the tune. I used Google Translate on a set of lyrics I found on-line at a site I can’t find again. Here they are, anyhow: 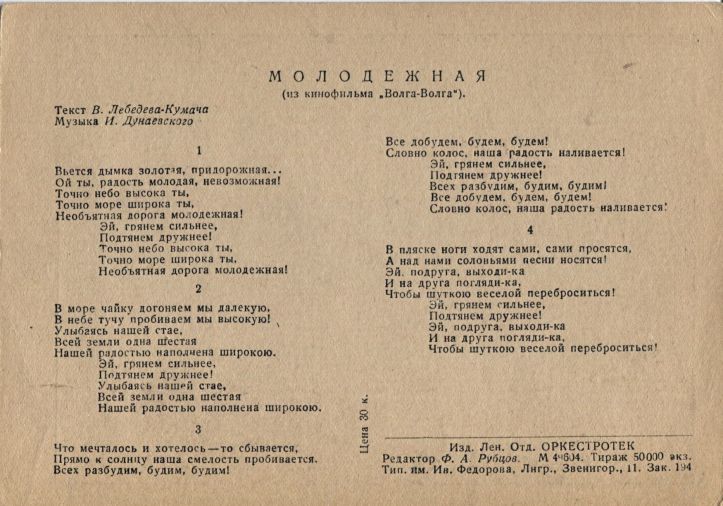 Here’s a real orphan-style version recorded by the Children’s Chorus of the Central Palace of Railroad Workers in 1938.