During a hard year in Birobidzhan, the heroine of LAMENT and her husband David exchange some family dialogue:

On the quiet, he’d been exploring his options should conditions get worse before they improved. One of his Jewish veteran friends worked as a cement factory foreman upriver at the new Teploye Ozero settlement but had lately decided that enough Soviet civilization was enough: he was heading off to trap furs in the northern forests, a solitary life. The friend had offered to recommend Dovid for his empty place but no one in the family could tolerate the idea of leaving the city, Dovid included. Even so, he said, “I would like to go off alone and live as a fur trapper.”

“Well, you can’t,” Musya said. “You cannot go off alone and live as a fur trapper.”

Everything I know about the life of fur trappers in Siberia, I learned from watching a documentary called Happy People: A Year in the Taiga. Werner Herzog released it in 2013, combining and condensing an earlier series of Russian documentaries by ethnographer Dmitry Vasuyev. Footage of life in Bakhtia, a riverfront settlement of about 300 mostly indigenous people, is combined with scenes that follow the fur trappers, all Russians, who live among them and take to the woods, alone with their dogs, at the winter trapping season. 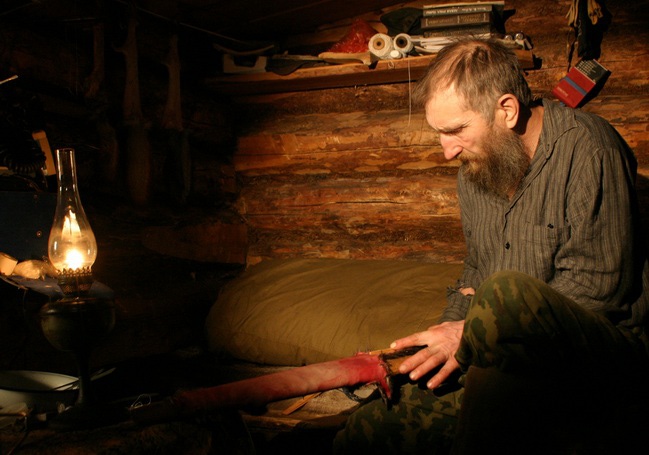 It’s a hard and lonely life for men who want to get away from other people–and, for them, a happy life.

The original Vasuyev films, with English narration, are available on-line. The full Herzog cut is rentable. I’ve put a link to a characteristically gorgeous preview on a new YouTube playlist that gathers full-length films, songs, and other eye-opening visual inspirations behind LAMENT–visit the collection here. 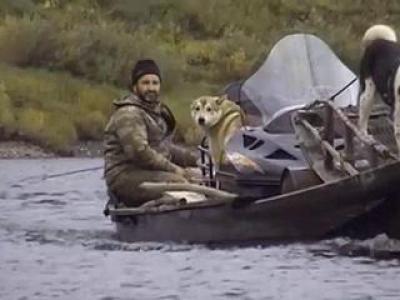